National Indiana Day and Books about the Great State 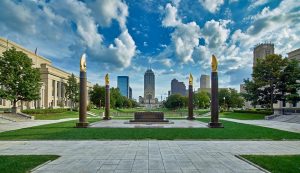 The state of Indiana has a plethora of fascinating facts about it and many intriguing people who call or have called Indiana their home. Known as the Hoosier state, there are several theories that swirl around the meaning of the name, where it came from, and why the people of Indiana are called Hoosiers. Can you let us know your favorite theory? 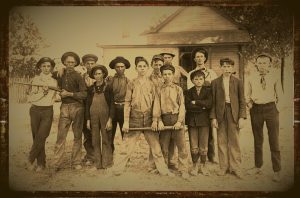 Did you know… Indiana Fun Facts

There are many enriching books that revolve around Indiana from sports to murder mysteries that will not only inform you but also entertain you. Here are a few you can find at Cardinal Publishers Group.

If you love puzzles and trivia, you will love this book that challenges your knowledge of the Midwestern mecca of corn and basketball. Read about famous people hailing from the state, the wildlife you will find there, Hoosier sports and of course Indy racing, Indiana crime, and the many Indiana festivals.

Learn more about the state and have fun doing it with this puzzle book.

The Indianapolis 500 by Lew Freedman

The first Indy car race was held in 1911 when most people didn’t even own a car. This book runs down the history of the Indy 500.

I Love IU, I Hate Purdue by Joe Drozda

College sports fans will love reading about the rivalry between Indiana and Purdue.

Detailed letters written by Indiana soldier, Dick Wolfe to his wife, mother, and friends while in Vietnam in 1967-1968. He wrote from his large base camp and also in quick messages from his tent-covered hole by the light of a single candle.  Read the fascinating and heartbreaking story of his time during the war.

A Golden Bond by Elaine Jannetides

Angie, the daughter of Greek immigrants, found herself facing many unwanted challenges in her teen years. She fought hard and worked harder to get her senior class ring only to have it stolen from her. We follow the ring as it travels around the world, and come back to Angie’s many struggles in this coming-of-age tale taking place in the mid-1950’s sleepy but developing city of Indianapolis.

Racing Can Be Murder

Bedlam at the Brickyard

Homicide for the Holidays

The Fine Art of Murder

Hoosiers Through and Through by Terry Hutchens

This book features 583 basketball players from the state of Indiana who have played basketball at Indiana University in more than 110 years of competition.

Following the General by Terry Hutchens

Long time Indiana beat writer, the late Terry Hutchens takes an in depth look at three IU coaches, and reflects back at what went well and not so well in their time in Bloomington, Indiana.

So You Think You Know Indiana University Basketball by Terry Hutchens

Here IU fans are given the ultimate in IU basketball trivia.

This is the stirring account of the city-wide determination to establish the Pacers basketball team and the captivating early seasons when the franchise first took root to what it has become today.

Kids and parents alike will have fun learning and teaching the alphabet while discovering the amazing places that make up Indiana. A little ducky is hidden on the pages of the book for children to 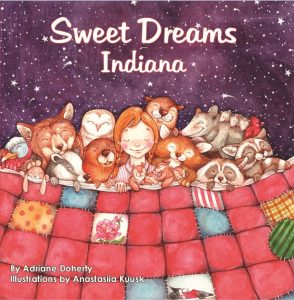 Take a trip through the Hoosier state with this book as your children get ready for a good night’s sleep. They will learn about the sights, sounds, and places that make up the great state of Indiana.

This book is available in hardcover and as a board book.

To see more excellent books and titles on other topics, go to our book shop. If you have any questions, you can contact us here or give us a call at 317-352-8200.

Since 2000 it has been our mission to help our independent presses bridge the gap between content and reader.