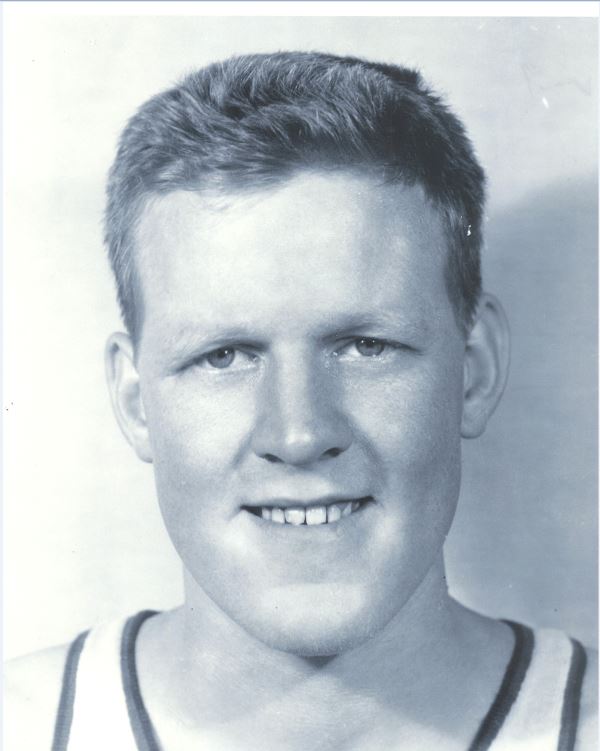 Cardinal Publishers Group Sales and Marketing Manager, Thomas McLean said of Clyde. “He was a great storyteller. He spoke very highly of the University of Kansas, Terre Haute and the NBA.”

The following a small peek into Clyde’s story.

One of basketball’s all-time greats at every level of the game, Clyde Lovellette grew up in difficult circumstances in Terre Haute, Indiana to become the first player in history to win an NCAA title, an Olympic gold medal, and an NBA championship.

In high school, Clyde was twice named All-State in Indiana. After high school, he was the object of one of the first high-profile recruiting battles in college basketball history. He was persuaded to enroll at Kansas University to play legendary coach Phog Allen.

With the Jayhawks, Clyde led the Big Seven Conference three times in scoring and led them to the 1952 NCAA title. He led the U.S. Olympic squad in scoring to help win the 1952 Gold Medal in Helsinki, Finland.

ed up his Olympic triumph by joining the Minneapolis Lakers. Those Lakers represented the first professional dynasty, and Clyde earned the first of his three championship rings as a Laker. He had success with the Cincinnati Royals for one year, the Western Division powerhouse St. Louis Hawks for six years, and finished his career playing two years for the Boston Celtics and earning two more championship rings.

In the decades following his retirement Clyde had led an interesting and varied life. He was elected sheriff of his hometown county in Indiana; he spent various periods as a city councilman, coached high school basketball on Cape Cod, and advised and taught at-risk youth at the White’s Institute in Wabash, Indiana.

The book, The Story of Basketball Great Clyde Lovellette was written by Clyde Lovellette along with veteran newspaper sportswriter and author of dozens of book about sports, Lew Freedman. When Lew was a youth he followed Clyde Lovellette’s career with the St. Louis Hawks and Boston Celtics. 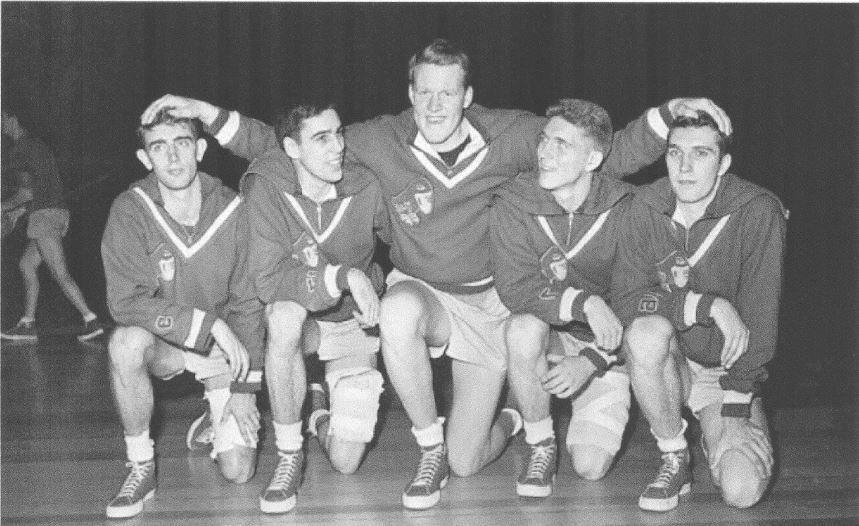 As someone who got to know Clyde Lovellette personally over the last few years after being aware of his basketball achievements for most of my life, I was very saddened to learn about his passing after a year-long illness.

In the basketball world, Clyde was a winner everywhere he went, in high school in Terre Haute, Indiana, as an NCAA champion at Kansas University, as a member of a United States gold-medal-winning Olympic team, and on three NBA champions.

Clyde Lovellette is the answer to a terrific basketball trivia question. Who is the only college player to lead the country in scoring and win an NCAA championship in the same year? Clyde did that with Kansas in 1952.