The Lives and Deaths of Two Civil Rights Leaders

During the World War II years, Americans attention was focused there. Though African Americans and other minorities suffer persecution, few Americans gave that any attention. In the early 1950’s two lives ended suddenly because of racial oppression. The Bomb Heard Around the World is the story of the lives and deaths of two civil rights leaders. 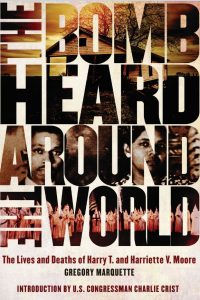 Harry T. and Harriette V. Moore were educators. They were also pioneers in the civil rights movement. He founded the first branch of the National Association for the Advancement of Colored People (NAACP) in Brevard County, Florida and was the state chapter president of the NAACP.  Harriette was working hard with him for the same purpose.

In The Bomb Heard Around the World, Harry’s and Harriette’s lives and deaths are reflected, and we see how relevant their story is for today. As the author, Gregory Marquette, says, “In ‘1951 America’ terrorism is homegrown.” On Christmas night 1951, the Moore’s were murdered by racists’ terrorists in their own home while they slept. Harry was aware they were targets of the Ku Klux Klan, but he was determined to continue the work and conviction of his heart for human and civil rights for African Americans even if it cost him his life.

The Bomb Heard Around the World reveals the activities that led up to the Moore’s assassination then follows through the extensive investigations and hidden facts.

Gregory Marquette penned The Bomb Heard Around the World. He lives and works in Los Angeles, California. He not only writes and produces, but also directs for television and motion pictures. He currently writes for production companies, producers, and film directors on three continents. Some of his work includes: Oba: The Last Samurai, Ballad from Tibet, Legacy of War, and Genius on Hold.

Gregory is a Clio Award-winning director and his literary work allows him to pursue his significant interest in story-telling with history, socio-political issues, and the human condition as central themes. 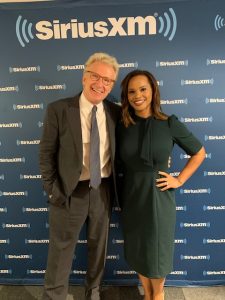 To see more of the books that Cardinal Publishers Group distributes, stop by our online Book Shop. You can learn more about our distribution services here.  If you have any questions, please contact us or give us a call at 317-352-8200.