America’s Quest for the Cup

The Four Year Review: America’s Quest for the Cup

First Part of the Hex, US Struggles

On November 11, 2016, in front of a sold out stadium, the Hexagonal began. The second part of the Road to Russia was under way.

Dos a Cero was the big talk going into the game, meaning 2-0. To date, Michael Bradley has been the only player to score two goals in a Dos a Cero victory over Mexico.
Meanwhile, coach Klinsmann was saying the team was taking it one game at a time. But nothing could emphasis how important this match was.
Columbus had served as a great “fortress” for the US team. Before this date, they had not lost a game there.

A disadvantage on this night would be the many injured US players. Unable to play were Dempsey, Wondolowski, Zardes and Cameron, to name a few. On the other side, Mexico was rearing to go with regulars, Dos Santos, Chicharito, Guardado, the new talent Corona, the veteran Marquez, with the passing-guidance in the middle from Herrara, arguably the best passer of the ball in CONCACAF. The reliable hand of Tim Howard was in goal, at thirty-seven years old.

Early in the first half, Mexico possessed the calmer passing. The US was pressed, frequently clearing the ball back to their opponent. Mexico nearly scored first, hitting the post. Then, off a broken tackle, one of the Mexican players took a shot from outside the top of the box, sending it on the ground, without much power, into the corner, past the outreached arm of Howard. Following that, Mexico hit the crossbar. From there, they continued with strong possession, overwhelming the defensive-minded US side with too many savvy offensive-minded ball handlers. Then Howard – of the Colorado Rapids – went down after taking a goal kick. Brad Guzan warmed up on the sideline, but Howard stayed in…a few moments later, he made a routine save, got up, rolled the ball out of bounds, made a gesture to exit the game and Guzan came in to replace him.

As halftime arrived, the Fox Sports panel – led by Rob Stone – had a lively discussion trying to figure out how the US – who lacked discipline – could move forward.
Early in the second half, the US players showed a lot more energy, asserting themselves into the flow of the game. Altidore connected on a short pass to Wood on the top of the box, who made his way through the last defenders and tapped the ball past the goalie for the equalizer.

Toward the end of the game, Mexico scored off a head ball from Marquez, putting them ahead by one goal.

The referee had a hard time with the pushing and shoving throughout the game, as it escalated sporadically toward the end. The final score was a tightly contested loss for the US. It was only the first game of the Hexagonal, with more time to make up for it.

It wasn’t dire straits, but it was clear the US needed a victory to get back on track.

With that said, the US went into Costa Rica and took a 4-0 loss. It was a tough defeat, as the USMNT created a potential comeback story that will be one for the ages as they push forward on “America’s Quest for the Cup” on the Road to Russia. 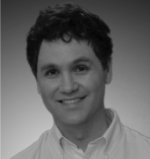 Shane Stay is the author of Why American Soccer Isn’t There Yet (2014, Meyer & Meyer Sport). He is a former professional soccer player in addition to being a writer, comedian, producer, and founder of Leaf Dressing.

To see  more of Shane’s insight in American soccer, where it falls short and can improve, pick up your copy of his book today. You can follow Shane on Twitter @shanestay or like him on Facebook.