Staying on the Trail vs. Going Off the Beaten Path

There are hiking trails throughout some of the most beautiful places in the world. When people set out on a trip, they get to experience nature and enjoy sights and sounds around them. Sometimes when people look beyond the trail and see the amazing natural world just outside its borders, they might want to slip from the path and explore a whole new realm of nature. Michael Gurnow, author of Nature’s Housekeeper, answers a few questions about staying on the trail versus going off the beaten path.

1. Some nature lovers might find it more fun to divert from the hiking trail and blaze a new path. What are some key points to keep in mind when going off-trail?

Proceed with caution. Know—or at least get a fair idea—of what you’re literally getting into and, for God’s sake, watch where you’re going.

In my neck of the woods, to step off the beaten path means a person is voluntarily wading through waves upon waves of poison ivy. For novices, this might not seem like a huge concern until five days later, when you’ve got a massive rash even though you don’t remember having touched anything when you went hiking. And you might not have, at least not directly: People forget about cross-contamination.

When the person got home and pulled off the ol’ hiking boots, the individual unknowingly coated himself in urushiol, the active ingredient in poison oak, ivy, and sumac. While he was untying his shoes, he slapped at a mosquito on his arm and rubbed the back of his neck. He then picked a scab on his calf before mindlessly taking care of an itch on his elbow. . . and now, a week later, he looks like a sunburned leper but has no idea why.

Bear in mind that ticks are like cockleburs; they crawl to the edge of foliage and wait to hitch a ride. The greater the amount of vegetation a person brushes up against, the greater the number of ticks a hiker’s going to collect.  These are the things you can bank on by going off-trail. But you also have to remember that when you step off a cleared trail and enter a forest’s uncut understory, you’re depriving yourself of a clear line of sight. A person’s more likely to spot a rattler sitting in the middle of a trail than one that’s curled up beside a tree trunk that’s fallen in the middle of the woods.

2. In your book trailer, you see a snake and run. Is this something you advise hikers to do when they come across a snake on the trail?

[Chuckles.] No. I did that for comedic value. It was a harmless Greensnake.

One of the first things I was taught when I did my wilderness survival training was that the only time it’s permissible to run in the woods is if you’re hunting or being hunted. It’s sound advice because by hopping, skipping, and jumping on uneven terrain—which is the definition of a trail—you risk twisting, or even breaking, an ankle.

If you encounter a snake and aren’t versed in identifying venomous predators, give it slow, wide berth. If you know beyond a shadow of a doubt that it’s not dangerous, admire it, point at it, talk to it, take pictures, then be on your way.

3. When face-to-face with a wild animal, what is the best way to react?

First of all, most people tramp, heavy-footed, along the trail and talk as they’re trucking along. Then, when they get off the trail, they complain that they didn’t see anything interesting. This is because all the noise and incessant vibration spooked the animals before the hikers had a chance to catch a glimpse of them. You’ll see a lot more if you’re quiet and walk with a light step.

As for how to react when you encounter a wild animal: It depends on the animal. I don’t have to worry about bears, cougars, or alligators at the park where I work. For me, the worst of the worst is venomous snakes. However, they’re pretty rare. I’ll put it this way: We’ll have graduate students in biology spend years hiking trails deliberately trying to spot a rattler or copperhead but never do. Instead, it’s the little things—ticks, chiggers, and poison ivy—that I have to be mindful of on a daily basis.

That said, if you happen to stumble across something intriguing that you know, not think, know to be safe, by all means, revel in the glory of the natural world. A luna moth is one of the most beautiful things in nature and there’s no fear that it’ll bite your ear off if you get too close. But if you’re on the fence as to what kind of creature it is, however small and innocent-looking, keep a healthy distance. For example, rose and saddleback caterpillars are colorful and alluring . . . but they sting. As a general rule, bright colors that stand out from their surroundings indicate danger; otherwise the owner would be trying to hide its lack of defenses through camouflage, not bragging about them.

Any veteran wilderness trekker will tell you, it’s always better to be safe than sorry, especially if you’re several miles from civilization.

4. Is it okay to feed the wildlife that we meet while hiking?

[Chuckles.] Good luck with that. Ninety-nine percent of critters in the wild don’t want anything to do with people. It’s simple survival instinct: Since there’s not a lot of us roaming around the woods on a regular basis, animals tend to play it safe by darting away once they catch sight, sound, or smell of such a large, foreign creature. The prime example is squirrels. City squirrels are acclimated to humans, so they aren’t nearly as skittish as their woodland brothers.

But, regardless whether you’re able to coax wildlife to come up to you, the forest isn’t a petting zoo. Not only is it risky to feed a feral animal, it offsets the natural equilibrium of things. Remember, Nature got along just fine before you came along. Follow the wilderness mantra of “Leave no trace.” Feed yourself, other hikers and, by being out in the woods, the ticks and mosquitoes but leave everything else alone. 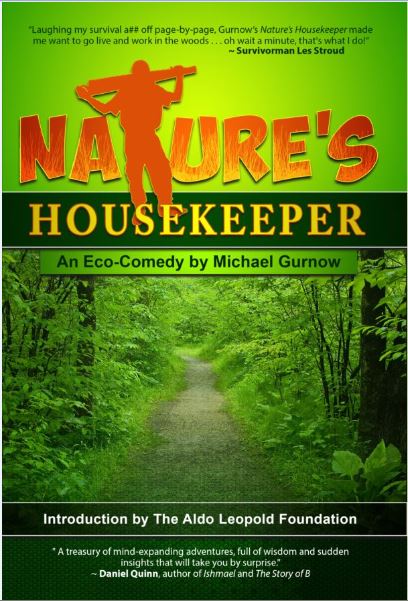