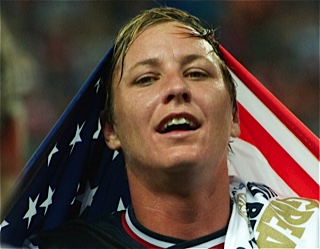 Just like I predicted in my blog last week, after Wambach missed a great scoring opportunity against Australia, she’d bounce back better than ever. Folks, “Wambach is back”. Her goal against Nigeria put the USA through to the next round in the 2015 FIFA Women’s World Cup and was the only goal of the match. When the pressure is on to score key goals, the best find their way back to putting the ball in the net. It’s just the way it is. For the best to stay the best, that’s the way it has to be.

Sometimes you wonder why the top goal scorer’s continue to be the top scorer’s year after year, even though often other players seem to have similar or more technical skills than they do. They just fail to register as many goals as them. The answer is that the best goals scorer’s in the World have that special mental make-up that others don’t. I like to call it their “inner game” is better. And of course, I talk about that extensively in my Golden Goal Scoring Courses and in my book, The Last 9 Seconds. 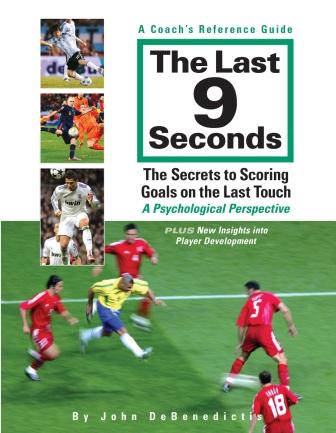 I believe it’s the 9 seconds before a goal is scored that counts the most. What is the player thinking, doing, and where are they going? What’s going through their mind so they get to the right spot at the right time and what are they doing with their final touch? Seems simple but it’s the hardest thing to do. That’s why consistent goal scorers are highly sought after and make the most money.

When a striker fails to score for 5 straight games, everyone wonders what’s wrong with them even if they are getting absolutely no decent balls that anyone can possibly score with. If a striker doesn’t score often, they will disappear into obscurity, sometimes without ever getting another chance at the big leagues.

If a striker goes into a slump, especially once they approach 30 years of age, they are often labeled as being finished and ready for retirement. How unfair. I recall consulting Jeff Cunningham of the MLS. He was one of the all-time leading goal scorers in the MLS before getting to Toronto. After a terrible season with Toronto FC, where he could not find the back of the net much, I had the pleasure of meeting him and started consulting him.

Players can be very fragile when the pressure is on them. Jeff was a true gentleman and very receptive to my advice. He wanted to improve and listen to my comments even though he was an experienced goal scorer. The following season he got back on track and won the MLS scoring title with FC Dallas at the ripe old age of 33. That’s’ practically unheard of in soccer. But if you can clear the mind and get your “inner game” back in form, great goal scorers will put away their past misses and poor performances and get right back on track. Strikers have to have that special makeup to be able to score goals year after year especially after getting hacked, butchered, and fouled all the time. If they don’t, they’re gone.

The striker position is so unforgiving. That’s why I knew Abby would bounce back. Her goal against Nigeria required deep concentration and focus. She was there and did her thing. Way to go Abby!

Best of luck the rest of the way.

As the tournament moves on, the question becomes: how do players stay energized? Do vitamin supplements help players? As Food Guide for Women’s Soccer tells players, your best bet for fighting fatigue is to be responsible with your choices and nourish your body with the right balance of wholesome foods. Make the effort to eat a variety of foods and fluids from the different food groups every day to consume not only the amount of vitamins and minerals you need, but also the calories your body needs to prevent fatigue. If you are tempted to take supplements for health insurance, do so only if you simultaneously choose to eat responsibly. Remember, no amount of supplements will compensate for an inadequate diet–but you will always win with good nutrition. Eat wisely, eat well!

Stay tuned for more from the Women’s World Cup